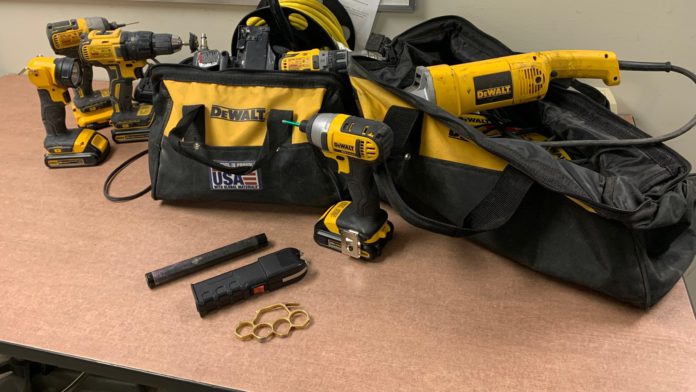 LETHBRIDGE, AB – A Claresholm man is facing charges in connection with a Lethbridge break and enter.

Lethbridge Police received a report that a man was selling stolen tools on a social media site. LPS say these tools were taken from a home under construction in West Lethbridge in December.

A search warrant was executed in Claresholm and tools worth about $1,500 were seized, along with additional property and weapons including brass knuckles, a collapsible baton and a taser were recovered.

He was released from custody and is scheduled to appear in court March 22, 2022.