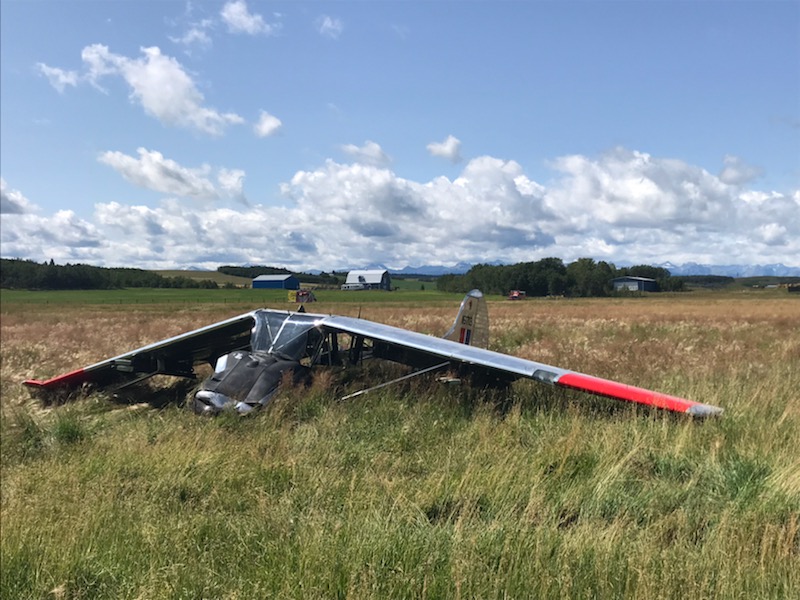 The Transportation Safety Board (TSB) is investigating after a plane crash Saturday (Aug. 17) in southern Alberta.

Turner Valley RCMP were called out around noon after reports that a small plane crashed just southeast of Black Diamond in a field.

The front engine prop plane took off from a rural landing strip close to the crash and was heading to High River. Two men onboard suffered serious non-life threatening injuries.

One was transported via STARS and the other was taken by ground ambulance to a Calgary Hospital.

Transport Canada was contacted and the investigation continues.