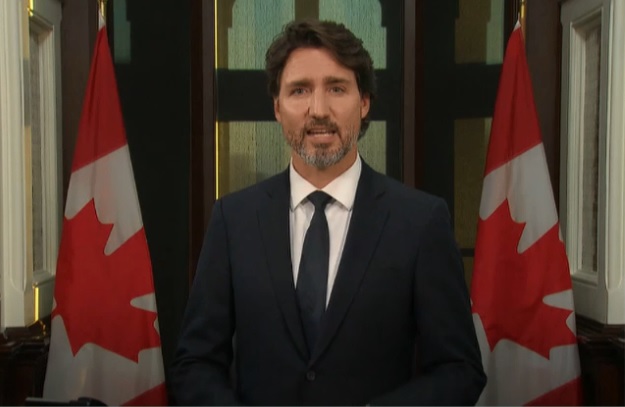 The number of daily new cases is rising in several parts of the country with Trudeau warning Canada is “on the brink of a fall that could be much worse than the spring.”

He’s asking Canadians to do their part to get the second wave under control by listening to public health advice, limiting social circles, wearing masks, and downloading the COVID alert app among other things.

Trudeau says “we can’t change today’s numbers or even tomorrow’s, those were already decided by what we did or didn’t do two weeks ago. It’s all too likely we won’t be gathering for Thanksgiving but we still have a shot at Christmas. Together, we have the power to get this second wave under control.”

Trudeau notes that when the country went into lockdown on March 13, there were 47 new cases of COVID-19.

On Tuesday alone there were more than 1,000.

The PM also reiterated much of what was laid out in Wednesday’s Speech from the Throne, including his government’s commitment to create one-million jobs, extend the wage subsidy program into next summer and to create a national childcare and early learning program.