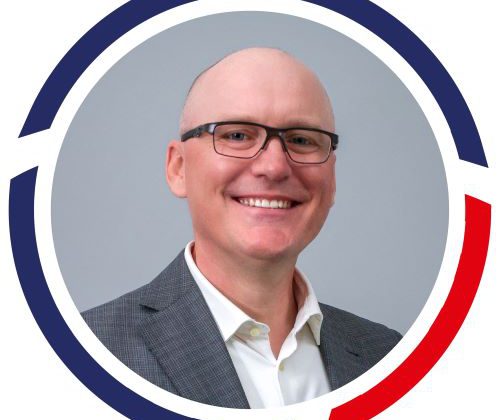 LETHBRIDGE, AB – The mayoral race in Lethbridge is heating up.

Councillor Blaine Hyggen has officially thrown his hat into the ring. He confirmed the news Thursday during a local press conference at Honker’s Pub.

It’s been long-rumoured for months that Hyggen would be seeking the mayor’s chair after serving two consecutive terms as a City Councillor.

He’s also the first member of the current Council, with the exception of Mayor Spearman, to officially announce intentions for the October 18th civic election.

Hyggen says he made this decision after a lot of consultation with key stakeholders around the city.

“I truly believe my track record speaks for itself,” Hyggen said while announcing his candidacy. “I’ve been a fighter for the people of Lethbridge, both fiscally and socially. The kinda guy not afraid to use common sense as a benchmark in decisions.”

Hyggen spoke about wanting to focus on Lethbridge businesses, being fiscally responsible, and community safety as key pillars to his campaign.

He was also asked Thursday about people on social media talking about Hyggen’s links to Alberta’s United Conservative Party. He says his campaign is not being paid for by the UCP and has not been hand-picked by Premier Jason Kenney.

“This is municipal politics. You don’t wear stripes as some people say. This is municipal. You deal with each issue as it comes in. This is a municipality. Those comments are quite frustrating. I am here to serve everyone. I’m proud to be part of a City Council where there is no party affiliation. It’s quite shocking,” stated Hyggen.

Others in the running include Sheldon Day Chief, Gary Klassen, Stephen Mogdan and Bradley Whalen.

After two terms, Mayor Chris Spearman is not seeing re-election.