LETHBRIDGE, AB – It appears there will be a by-election in Lethbridge County after all.

As of a week ago, there were no candidates running for the Division 5 council seat but when the nomination deadline came Monday afternoon, three people had filed papers.

Brad Howe, Gerard Plettell, and Eric Van Essen round out the unofficial candidate list. It will become official as of noon on Tuesday, Nov. 16.

The by-election is set for Dec. 13 with advanced voting taking place on Dec. 4.

No one ran for Division 5 in the October municipal election and the new County Council opted to hold a by-election as quickly as possible in an attempt to fill the empty seat.

Municipal Affairs had directed them to hold the vote by the end of April. 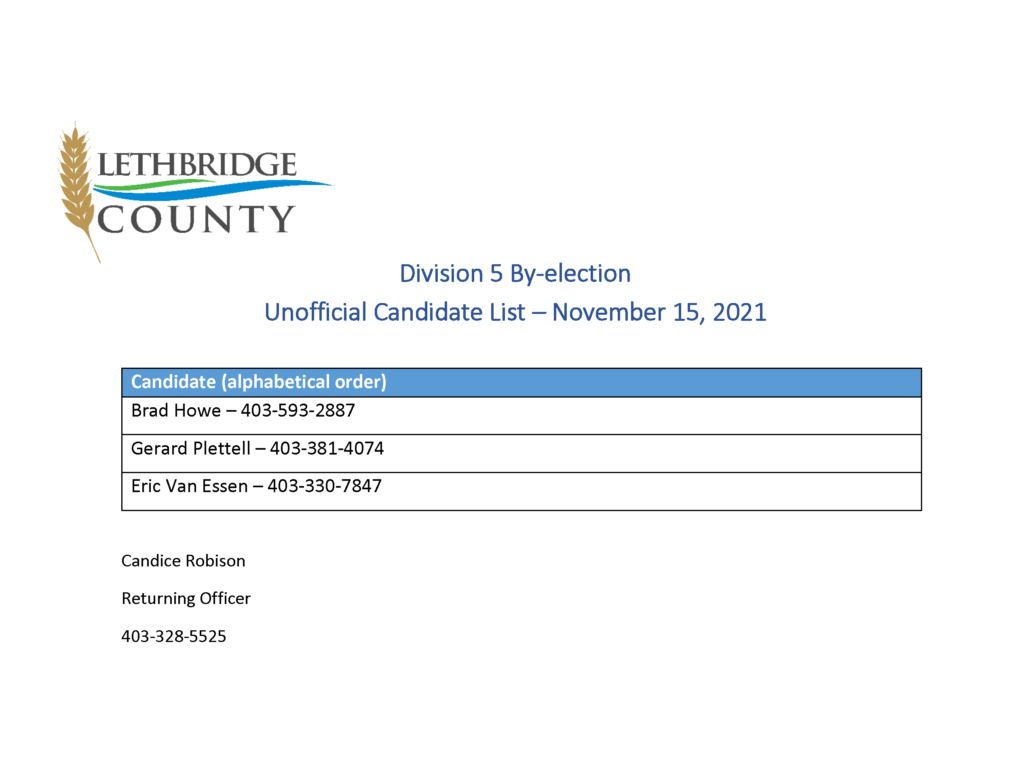