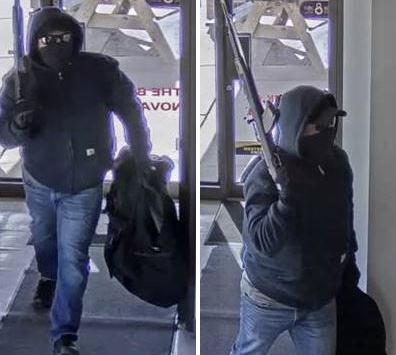 Mounties are looking for a suspect who robbed a bank in Vauxhall.

Police received a report of an armed robbery in the town’s downtown area around 12:30 pm on Wednesday (Apr. 8).

A suspect in disguise entered the bank carrying what is believed to be a rifle and demanded money from an employee.

The suspect stole an undisclosed amount of mixed currency. The person left in a vehicle parked nearby.

Bank surveillance captured images of the suspect who is believed to be approximately 5’6” in height.

At the time of robbery there were no customers in the bank and a small number of employees. No one was physically injured.

Taber RCMP says they’re looking for anyone who can help in identifying the suspect.

Police say the person should be considered armed and dangerous.